Royal Raymond Rife and his engineer John Crane developed a new type of frequency therapy device, in the 50s, using electrodes placed on the body to administer the resonance waves. Just 10 years later, the AMA again struck to silence this form of therapy. In 1960 John Crane's laboratories were raided without a search warrant, years of work were either confiscated or smashed and Crane was taken to trial in spring 1961. Although there was a large amount of evidence supporting the effectivness of the Rife/Crane therapy, this evidence was not permitted to be used in the trial! John Crane was sentenced to 10 years in prison of which he served 3 years and 1 month.

During the preparation for this trial in 1961, the defense lawyer sent a long list of 137 highly interesting questions to Royal Rife, who was in Mexico at the time, on the research he and Crane had done. These questions and answers were also not permitted to be used in defense and ONLY the questions could be found amongt the trial papers as stored in the court house, today. Until very recently the answers to these questions were believed to have been lost. They have only now been found by someone who had the answers, but not the questions. The answers have been dated, 22nd March 1961.

It contains some very interesting comments on the work of Royal Rife as he saw it himself and answers many questions only guessed at before. Due to the the poor state of the copies I received, I have typed in the questions and answers manually as scanning was not practical. Some obvious grammatical and spelling mistakes have been corrected and crossed out words have been omitted (all unreadable, except where noted). Differences between British and American English (e.g. "tumor" instead of "tumour") have been left in the original American form. The answers were originally typed almost entirely in upper case. To improve readability, the normal case has been used instead. Any comments I have added are in square brackets []. Otherwise, the list of questions and answers shown here is complete and nothing has been left out.

Anyone is welcome to link to this page (or preferably my site), but do not simply copy the contents of this page and place it on any other site. The source of this information is known to me by name and is reliable. 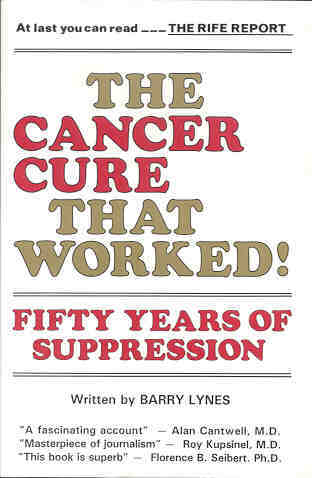 By 1960, Crane had written and copyrighted a manual which explained how the Frequency Instrument was to be used in the experimental treatment of various diseases and on different parts of the body. By that year, 90 instruments were distributed for research and verification on notarized contracts. And then the medical authorities struck.

They raided Crane's office, took over $40,000 in machines, frequency instruments, and one large Rife ray tube instrument, along with engineering data, research records and reports, pictures off the wall, private letters, invoices, tape recordings, and electronic parts-all without a search warrant.

They smashed all the research which had been put together over 10 laborious years. As in 1939, they visited the doctors who were experimenting with the machines and forced them to abandon them. They also pressured ordinary citizens who had begun experimenting on a personal basis.

These visits were made by teams of investigators. "One woman was scared so bad that she has been in a sanitarium driven entirely out of her mind. Her husband cursed them out and told them, to get off his property and has threatened to exterminate them should they return. His wife has undergone shock treatments and two months of hospitalization."

The records and materials seized were not allowed to be used by Crane in his own defense during his trial.

Roy Rife, almost 73 and incapable of suffering the abuse of another trial at his age, went into hiding in Mexico. His deposition was not permitted to be introduced at the trial. Neither were the medical and scientific reports from the 1930s and 1940s. Nor were medical reports from Dr. Stafford in Ohio. Dr. Couche's letters were also declared inadmissable. No medical or scientific report which indicated the Frequency Instrument worked as represented was permitted to be introduced at the trial. Crane was left naked with only the patients who had been cured or helped.

The trial was held in early 1961. After 24 days, and despite the testimony of 14 patients who told how the Frequency Instrument cured ailments and diseases which orthodox medicine could not alleviate, Crane was found guilty. The only medical opinion offered by the State of California came from Dr. Paul Shea who had been given a Frequency Instrument by the Public Health Department for 2 months before the trial. Shea admitted he never tried the Frequency Instrument on anything or made any tests to evaluate it. He simply examined it and decided that it had no curative powers and didn't lend itself to investigative use.

Also, and most disturbing, the foreman of the jury was an AMA doctor. Everyone else was carefully screened to see that they had no medical knowledge, no electronic knowledge, and didn't read any newspapers supporting alternative healing. The verdict was a foregone conclusion. Crane was sentenced to 10 years in jail. Following appeals, two of the three counts against Crane were reversed in the California Supreme Court because no specific criminal intent had been proven. But Crane still spent 3 years and 1 month in jail. The cure for cancer had been effectively suppressed again.

During the trial, James Hannibal, age 76, testified. Blind in one eye, he'd been treated by the Frequency Instrument. After several applications, his cataract disappeared-just as cataracts had dissolved in many of Dr. Milbank Johnson's patients during the 1935-37 clinics. Other witnesses at Crane's trial testified to the curing of chronic bladder irritation, and the elimination of a throat lump one-half of the size of an egg. Also cured were fungus growths on hands, fissures in the anus, pyorrhea, arthritis, ulcerated colon, varicose veins, prostrate troubles, tumorous growth over eyes, colitis, pains in the back, and heart attacks. One man testified that for 17 years he had a growth the size of an egg on his spine. After treatment, it had disappeared.

After Crane was imprisoned, so much pressure was put on Dr. Stafford in Ohio that he gave up medicine and became a salesman. Another doctor in Salt Lake City had his Frequency Instrument sabotaged and then was hounded by the orthodox medical authorities to such an extent that he committed suicide. Such were the lengths to which the anti-Rife forces were willing to go in order to prevent the testing and use of this breakthrough technology.

Excert from "The Cancer Cure that Worked" by Barry Lynes

The Questions to and Answers from Royal Raymond Rife in 1960 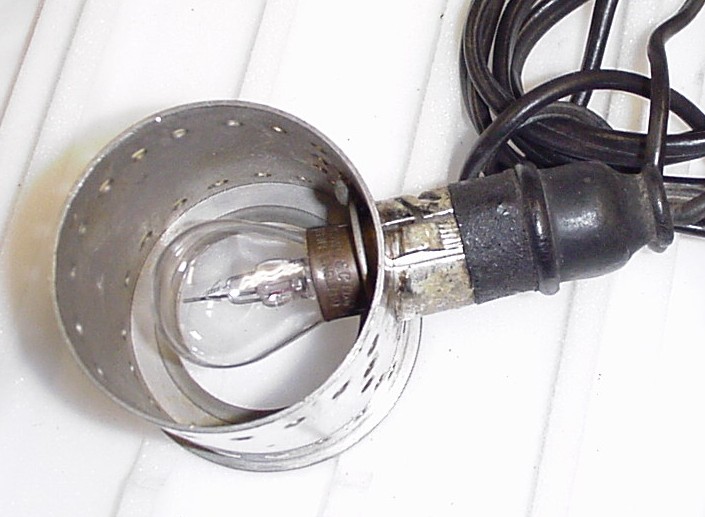 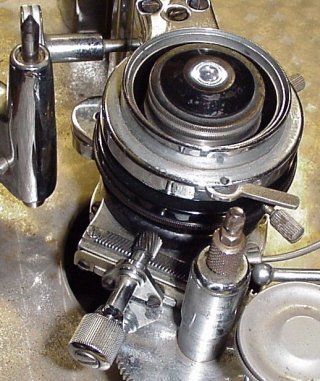 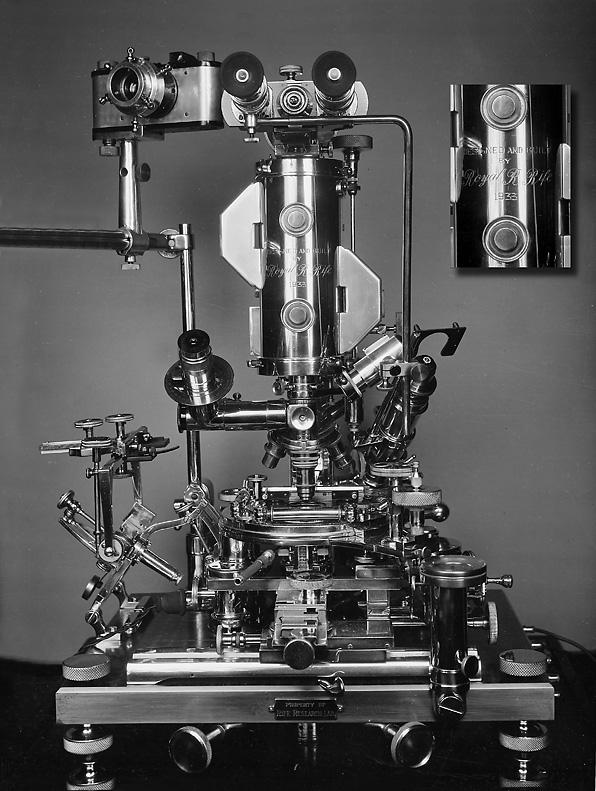 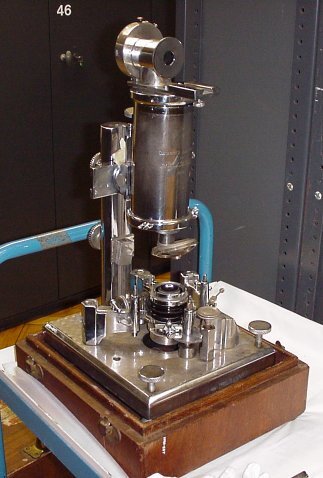 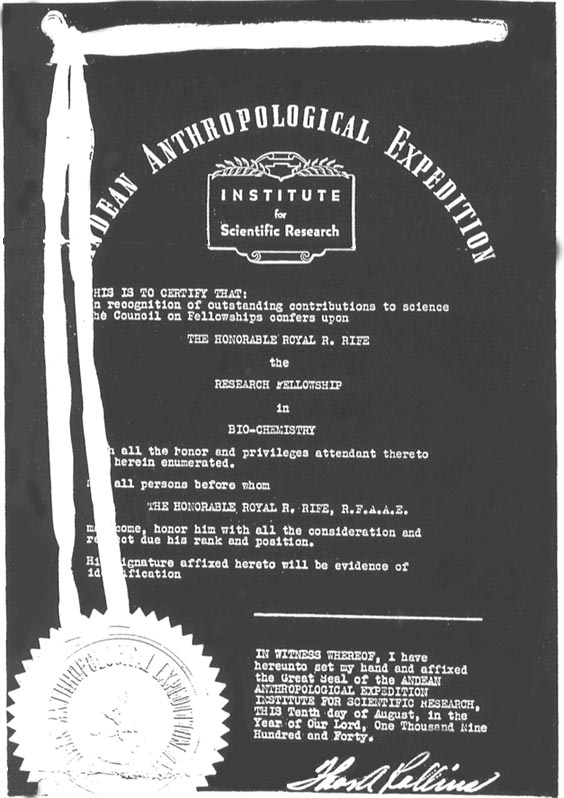