Dr. John Holt (retired) has had some startling success with radio-wave therapy treatment over more than 30 years. Yet his work had been largely ignored by cancer research organisations in Australia and elsewhere as he was using a treatment method not approved by the Australian Medical Association.

Despite several requests for his method to be scientifically validated in proper clinical trials, these requests were largely ignored except for two bogus trials that, according to Dr. John Holt, were not setup to properly validate his methods properly and were designed to discredit his work.

Dr. Holt's work became known to the Rife research groups in 2004 after an Australian television program, "A Current Affair" reported positively about Holt's work. Over a period of about 2 years, they consistantly showed ill-informed atttepts to discredit Holt's work which revealed that the AMA doctors had not even bothered to look at his methods for over 15 years.

Layperson's Description of the Holt Method!

In layperson's terms, activated cancer cells are vunerable to low levels (150 rads) of X-Ray radiation, yet inactive cancer cells can survive much higher doses. Normally, only a small number of cancer cells are active at any one time making cancer very difficult to treat in this way. Holt discovered that by exposing the body to 434 MHz radio waves, all the cancer cells were activated for a short period (about 20 minutes) and could thus be destroyed by subsequent low level X-Ray radiation. After several such cycles, some patients, previously given up for dead by other Oncologists, went into full remission.

Later, after Holt was denied access to X-Ray equipment for his treatment method, he developed an alternative method involving the injection of a glucose blocking agent shortly before subjecting the patients to 434 MHz radio waves. Due to the lack of glucose needed to support this growth, the cancer cells often die off, although not as effectively as when combined with X-Ray therapy. 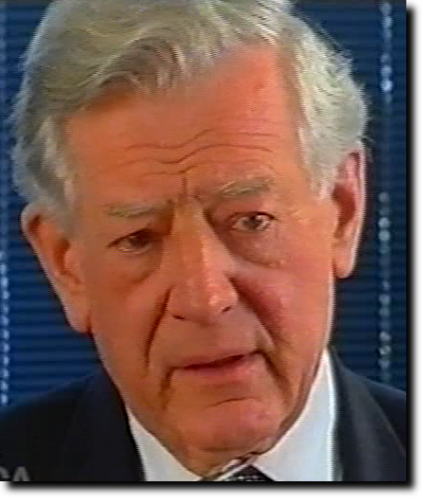 He claims high success rates for treating cancer in this way (particually in combination with X-Rays) backed by over 35000 patient records stretching back over a period of 30 years.

There are many thousands of formally hopeless cancer patients still alive today, who claim to have only been saved by Dr. Holt's treatment.

On the following pages, we will be presenting full documentation about his therapy and details of a recent study performed by the Australian government. As far as we know, the information presented on this site is the most comprehensive information available on the Internet regarding the Holt method.

We present the information here as it was made available to us by Dr. John Holt. We accept no responsibility for any decisions based on the information provided here. Always consult a qualified doctor to discuss your personal health choices.